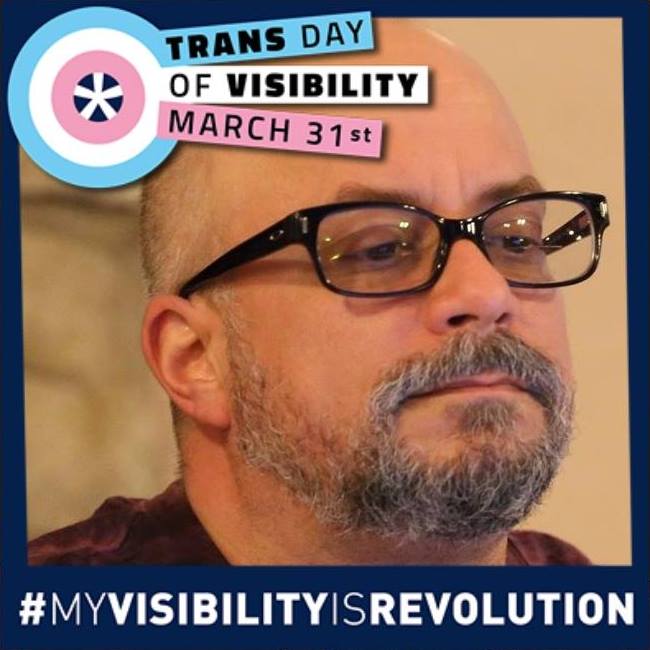 I’ve been swamped with work lately, so I haven’t had time to write for a while.

I have mixed feelings about posting regarding Trans visibility. I spent a significant portion of my life “stealth”, ie, not detectable as trans and passing as cisgender. I was blessed with “passing privilege” that many people struggle to achieve. I’ve walked among a lot of people in my 45 years of life who have had no idea that I am trans. Eleven years ago, I started another part of my journey, and chose to make my way out of that second closet.

Months after making that choice, I found myself becoming more of an educator. It went from one on one discussions with friends to groups. I’ve given many presentations and had discussions about trans folks in different settings, including the workplace, conferences, and community groups. I’ve seen the polls change from 10 percent of Americans saying they know a trans person to 20 percent. That still leaves 80 percent of people in this country who say they don’t know any trans people – but I bet they do, they just don’t know that they do.

I’ve had to overcome my own fears over exposing myself as trans, in the hope of educating others. We walk among you. We come in all types, professions, political persuasions, personalities, just like other people. You may not know we’re here. But we are. We have been. The only difference is that now people are generally more aware that we exist. The next steps are to get to know us and combat the ignorance that abounds about us.

Even though I have had success at educating and bringing some lights of knowledge to fight the darkness of ignorance, I still have mixed feelings. They’ll never go away. They’re as much a part of me as everything else; all the built-in defense mechanisms I developed while growing up trans. One of my hopes is that the next generation of kids won’t have to have as many defenses. My challenge is to help create that world where they don’t have to defend themselves as much. My challenge to you is to become an ally and join in the creation.